Hypocras: from the Middle Ages to the present day

Hypocras is a drink made from wine, honey, sometimes sugar and spices.

Often wrongly attributed to the Greek physician of ancient Hippocrates, the term hypocras appeared in the 14th century.

We find traces of wines "with spices and honey" in ancient Rome and among the Celts (from 8 BC).

There are many ways to make Hypocras.

The recipe is as follows: we add honey or sugar to the white or red wine, then let infuse and macerate spices and aromatic plants.

The maceration time and the spices are specific to each recipe.

Ginger and cinnamon are essential. The choice of other spices and their proportions are variable. 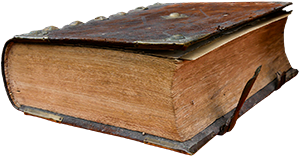 This is due to the fact that there are very few recipes of the time, that the name of the spices and the medieval measures were not the most standardized and multiple with sometimes variations according to the regions ...

The units of measure refer to parts of the human body or an element. Which in terms of standardization leaves something to be desired.

The palm corresponds to the width of the palm of the hand… small hand… large hand? The palm away between India and the little finger! And so on….

A Hypocras recipe is a plunge into history and mathematics, approximations, etc.

From the 12th century and throughout the Middle Ages, Hypocras was a popular drink. It was eaten during the meal as well as an aperitif, with dishes or desserts. The spices were not only there for the taste ... They were mainly used to mask wine. Indeed, the wines, kept in barrels closed by a stopper which necessarily put it in rapid contact with the air as the wine was drawn. Oxidation happened quickly and made the wine oxidized, sour…

Adding honey and spices to it masked the "bad" taste and gave the wine a much longer shelf life. This also increased its market value. This "recycling" was common in the Middle Ages: many cooking treaties proposed techniques to give a "second life" to food and drink!

Today some artisanal manufacturers have brought the Hypocras up to date by adapting recipes of the time with more or less success. The support wine, you will understand it is not of the greatest importance: one is often satisfied with a perfectly correct local wine. No need to look for a "great" wine, it is above all the mixture of spices, their proportions and the maceration times that will determine the final taste of a good Hypocras. 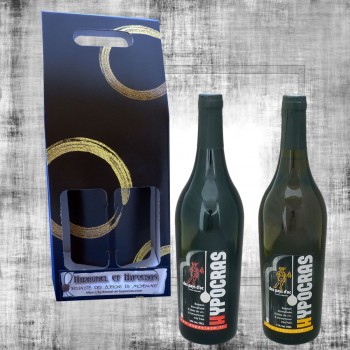 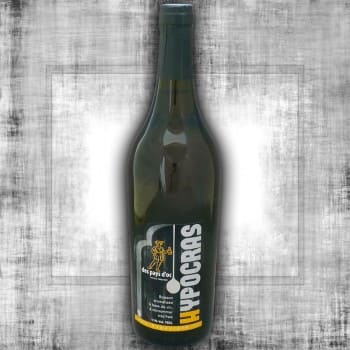 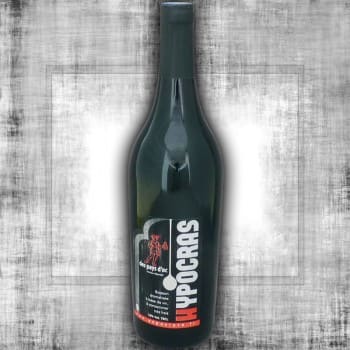